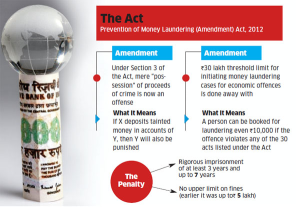 The Court also said an Enforcement Case Information Report (ECIR) cannot be equated with an FIR, that supplying an ECIR in every case to the person concerned is not mandatory and “it is enough if ED, at the time of arrest, discloses the grounds of such arrest”.

We have launched our Batch 4 for UPSC. Click here for more details.